I’ve been thinking a lot about what augmented reality (AR) technology is going to mean for the next generation of young children who grow up with it. Not this generation, no, they’re still a little too early to count. I mean the kids who will be born picking up AR glasses and eventually sticking in their AR contact lenses so that they can interact naturally with the tech-augmented reality we don’t yet grasp.

I’ve been listening to Ken Perlin’s talks about AR/VR or, what he calls, Future Reality. Here’s a nice example of his breath-taking vision and the ease with which he shares it, as if part of him already inhabits that future he’s sharing with us. In that talk, he explains that kids will eventually grow up with AR glasses as a given and, by virtue of being able to create (seemingly magical, to us) worlds, objects, movements and to SHARE these objects with each other, they will develop a new kind of  language. It will be a gestural language, at least in part, and will seamlessly combine verbal information with gestures and text to co-create shared meaning that we have a very difficult time imagining from the vantage point of still being stuck with our noses in our phones. 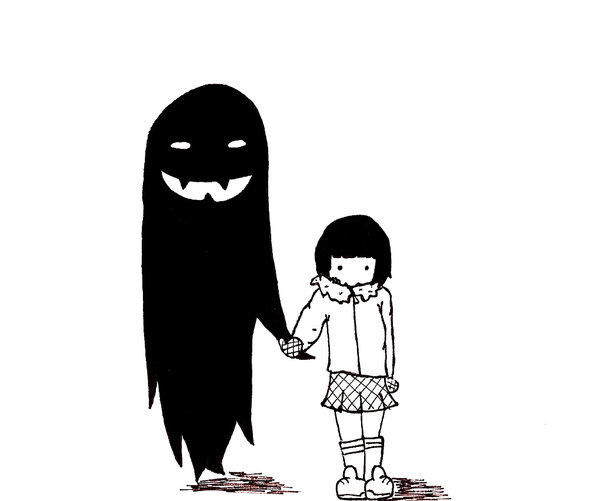 It’s the evocative worldscapes these kids could co-design spontaneously that has me preoccupied as of late. I picture 4-year olds (because it’s way more interesting to think of these interactions with beings that have theory of mind) on the ground with their hands swooping about, evoking familiar earthbound beings. Conjuring cats and bunnies, castles and princesses, and then manipulating these objects together in grand pretend-play dramas that unfold not only in their own imaginations but, more importantly, in the shared space between them.

Even more interesting is the new kinds of social play that will emerge from being linked with these augmented technologies. What about imaginary friends that have remained “imaginary,” hidden in the corners of children’s minds? What happens when these imaginary beings are called upon to enter the “real world” of augmented reality? What do these children lose by expelling them out of their imaginations and into the shared virtual space? What do they gain by walking with their cherished secrets, hand in hand, to school everyday, feeling less alone and more brave with their companion in plain view?